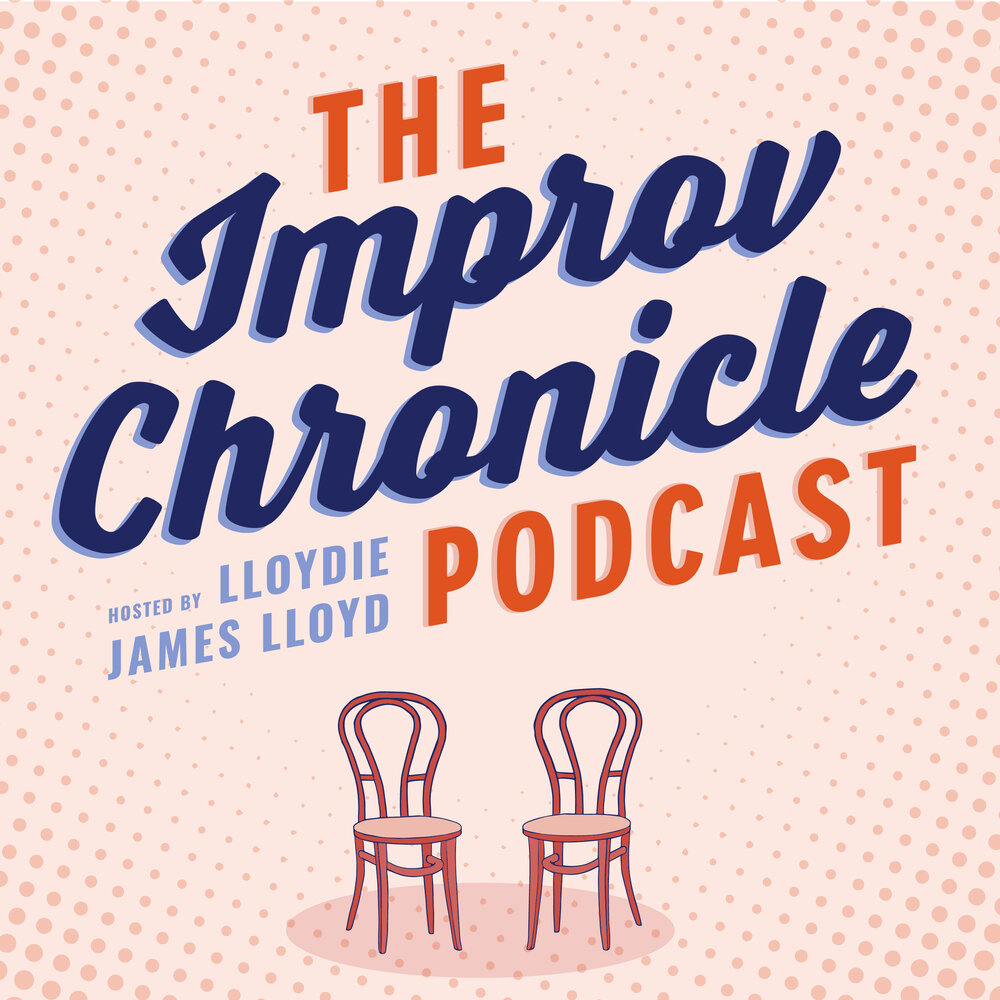 The Improv Chronicle Podcast is a documentary-style show aimed at improvisers around the world. Each episode looks at a different issue, topic or story of interest to improvisers and speaks to people knowledgeable about or impacted by it. It is released every two weeks and hosted by improviser and broadcaster “Lloydie” James Lloyd from Nottingham, England.

I’ve been on the podcast before. My second appearance on the podcast was for the 4 December 2020 episode entitled “Is Object Work Really Important?” Below is a transcript of my interview contribution (edited for readability). Give the full episode a listen—there’s a lot more great stuff there.

And please help Lloydie out–leave a review of the show on your favourite podcast app!

Is Object Work a foundational concept?

“On a strict hierarchy, maybe object work is not a priority. But think about how much improv you see where you have two talking heads just chatting away, how much more difficult that is for not only the audience to remain interested visually in what’s going on, but also for the improvisers themselves.”

“Once you start adding physicality and moving around, you’re going to have a lot more visual interest for the audience, and you’re also going to find more ideas from your environment to incorporate into a scene. So, I would say that object work is really essential.“

“What’s important about object work is you need to be able to do it really well, not only for the audience to understand what you’re doing, but also for your partner too. If we’re not doing it with a level of precision and detail that makes it very easy for people to understand, then that defeats the purpose of doing object work in the first place.”

“When we talk about the Who/What/Where, the Where is one big third of that, right? You need to have great skills to communicate that to an audience.”

Drawing in the Audience

“I think there are other benefits there as well. If you can establish a strong setting for your scene, you can’t help but draw the audience into what’s happening even more.”

“So much of our improv takes place on a blank stage. There’s a black curtain behind you and a couple of chairs on the stage. The improvisers are usually not wearing costumes. There’s nothing visually to give the audience a sense of where anything is happening. When you have good object work skills, you’re able to create things for the audience to see. And it makes them more a part of the world that you’re creating.”

So many little objects

“If you look around any room that you’re in, there are so many little objects. Even in an ’empty’ room, you might still see signs on the walls, or electrical outlets, or clock, or a fire extinguisher. There are objects around us all the time. And if you think about how much goes into collecting the particular objects in your personal space, whether that’s your office desk or your bedroom, those things express something about you.”

“Even the choice of the type of object [is significant]. For example, if you have a digital alarm clock versus one of those old analogue ones with the little bells on the top, that says something about you. Maybe it says something about your choice to be more technological. Or maybe you’re a Luddite and you don’t like the digital stuff, so you’ve gone back to this classic alarm clock. How do I communicate that I’ve got an object of that type, so that the audience can see it to understand how that applies back to who I am?”

Using objects to show who you are

“The choice of the object is so personal to people. But even the way we use objects is like that. One of the things that you can do with object work is discover patterns. For a UCB-style game of the scene, you can discover things in the way characters use objects, either consistently or inconsistently.”

“One of my favourite improvisers, Bruce Hunter, wrote an essay in The Second City Almanac of Improvisation about environment and object work. In that article, he talks about a scene with a can opener, and no one in the scene knows how to use it properly. That can say so much about this group of people. Are they people who just don’t know how to use a can opener — are they simple minded in that way? Is there a problem with the can opener that they refuse to fix? Are they unable to pay for a new one, or are they just lazy?”

“And then what happens if someone else comes into the scene and uses the can opener successfully? What’s different about that character, and how does that create a conflict or a relationship change between them and the others in the scene?”

Many thanks to Lloydie for featuring me on the show. Listen to the full Improv Chronicle podcast episode and many more at https://www.improvchronicle.com.